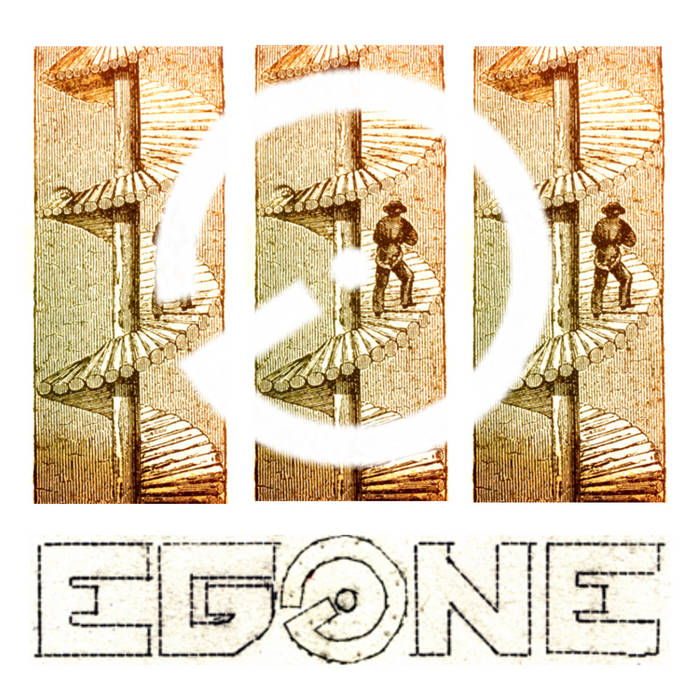 Written, played, recorded and mixed by Daniel Westerlund at Suite Noah and The Salt Vault 2014. Mastered by Kevin Moist.
Artwork by unknowns. Modifications and design by D.W.

"Last year was a fantastic year for music...so many stunning tracks, LPs and EPs found their way to us but one of the undoubted highlights (certainly for me) was the 'All The Suns Of The Earth' album from E GONE. E GONE is the solo recording name of Daniel Westerlund, the main man of Swedish psychfolksters The Goner. 'All The Suns Of The Earth' (reviewed here) was a bewildering and beguiling mix of styles and approaches which melded together to form an album of some style and sophistication. So, does the 'Smokediver EP' measure up? hell yes....and then some!

There are just three tracks on the EP and is about 15 minutes long in it's entirety....but what a blissful 15 minutes. Opening track 'Decapitating A Friend In Varanesi' is built on an eastern melody but with a thudding beat..it's like Muslimgauze, but where Bryn Jones was aggressive and scattershot in his approach there is a fluidity and a measure of calm here, the beat may be heavy but it never detracts from the beautiful, authentic eastern vibe. 'Smokediver I' again has that wonderful eastern feel but there is a more genuine psychedelic feel to it, underscored by some great drones and what sound like orchestral flourishes. 'Smokediver II' has a more experimental vibe to it with it's snippets of spoken word samples and hauntological touches...it builds directly upon 'Smokediver I' but expands it's musical horizons with denser drones and samples, and like 'Smokediver I' the little flourishes under the main body of the track make it...there are touches of surf-like guitar, some electronic squiggles and swirls. All three tracks are built on relentless beats that do not vary in tempo or range, and this gives this whole EP a wonderful hypnotic and atmospheric effect. This man can do no wrong!

I, for one, cannot wait for the next E GONE album, but in the meantime this EP will do me very well thankyou very much! And if the EP is an indication of the way that E GONE is going, then the next LP WILL be a real treat!" Dayz Of Purple And Orange about E GONE Smokediver EP 2015. Free download egone.bandcamp.com

Bandcamp Daily  your guide to the world of Bandcamp

outré black metal, with a Victory Over the Sun interview and music from Liturgy and Jute Gyte.